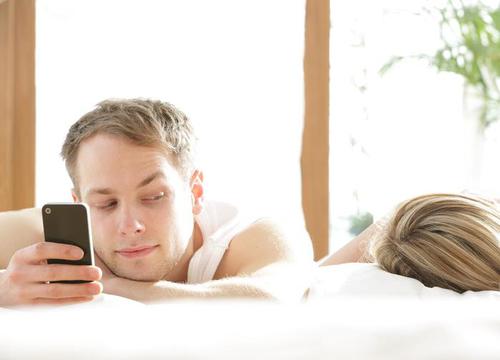 Breaking up with a cheater

While most marriages survive infidelity, what you don’t hear about in those statistics is how they survive. The reason why they survive is because there are children and money involved and more often than not, it’s simply not convenient to end the marriage after the affair. So what ends up happening is that the marriage turns into a living arrangement devoid of all the things that once made that relationship special. Husbands continue to see the women they cheated with and the wives end up taking lovers of their own. This works for the kids who have two parents around instead of having to visit daddy on the weekends or work out complex visitation schedules, but does it really work for the person who was being cheated on?

If you can’t see yourself in this kind of a scenario then you have options open to you.

Breaking up With a Cheater

When folks in a relationship don’t share the same set of values, the relationship simply isn’t going to work. Monogamy may not be the only kind of relationship lovers can have, but monogamous people do deserve to be in relationships that work for them. Worrying about your husband or wife and wondering what they’re doing when you’re not around is a kind of stress that no one wants to deal with on daily basis. Life is stressful enough without having to wonder if your husband’s relationship with his secretary is purely professional or not. You don’t deserve to have deal with that, and you don’t deserve to be second guessing every single thing he tells you. If he or she has lied to you about it then this only compounds the fact that you should end the relationship right then and there.

Wrap the Relationship up with Thorough Communication

There’s no need for resentment after an affair. While it’s typical, the plain fact is you were just not getting what you wanted and it’s time for you to seek that out. You prefer relationships that are monogamous. Your marriage is not monogamous after the other party cheated. That’s all there is to it. You can forgive them for the affair but that forgiveness does not have to include enduring their infidelity. Moving on after cheating might be difficult, but in the end you’ll be able to start fresh with someone who shares your values when it comes to relationships and that you don’t have to spend time stressing out about.

Don’t underestimate the power of forgiveness in this process though. You may be hurt, angry, and resentful, but your ability to start fresh and begin a new, more fulfilling relationship is contingent on your ability to let go of the past. They say that those who forget the past are condemned to repeat, but it’s equally true that those who dwell on the past are condemned to relive it. Move forward with a clean heart and go get what you want out of life.